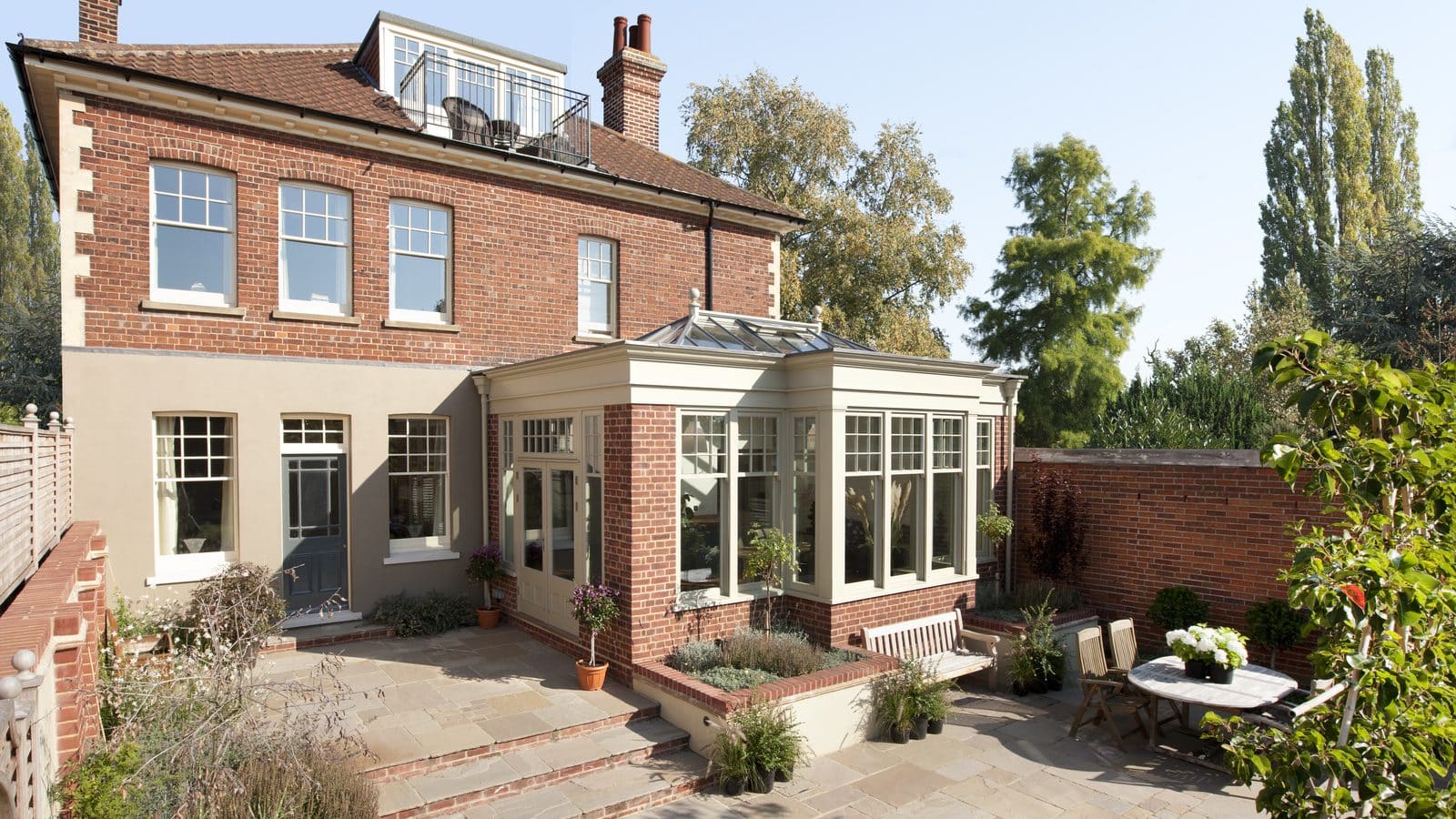 Orangeries, conservatories and garden rooms; these three very different types of extensions all have their own distinct qualities. It can be confusing to know which is which, let alone deciding which one is right for your home, so we’ve made it easy with our expert guide.

What is a conservatory?

Conservatories were a hugely popular type of glazed extension during the 1980s. Commonly associated with uPVC construction materials and rattan furniture, they will typically have fully glazed walls and a glazed roof set on a brick foundation. Homeowners loved the idea of easily adding additional space to their properties, which could be used as a bright and spacious formal lounge or dining room that offered close-up views of their gardens.

Where a conservatory is predominantly made from glazing, it allows for the extended space to be filled with as much natural light as possible. Unfortunately, traditional conservatories earned a reputation for feeling hot and stuffy in the summer and cold in the winter. The uPVC also had a tendency to date and turn yellow; not exactly a desirable look. As people started to realise that their expensive conservatories were an investment that could only be used for half the year when the weather was mild, they began to fall out of style.

This is a shame, as a quality conservatory traditionally crafted with timber can be a beautiful addition to any home. There are certainly ways to overcome the common temperature problems, such as roof vents which help to improve circulation, underfloor heating and solar control glazing to limit the amount of warmth coming in from the sun. 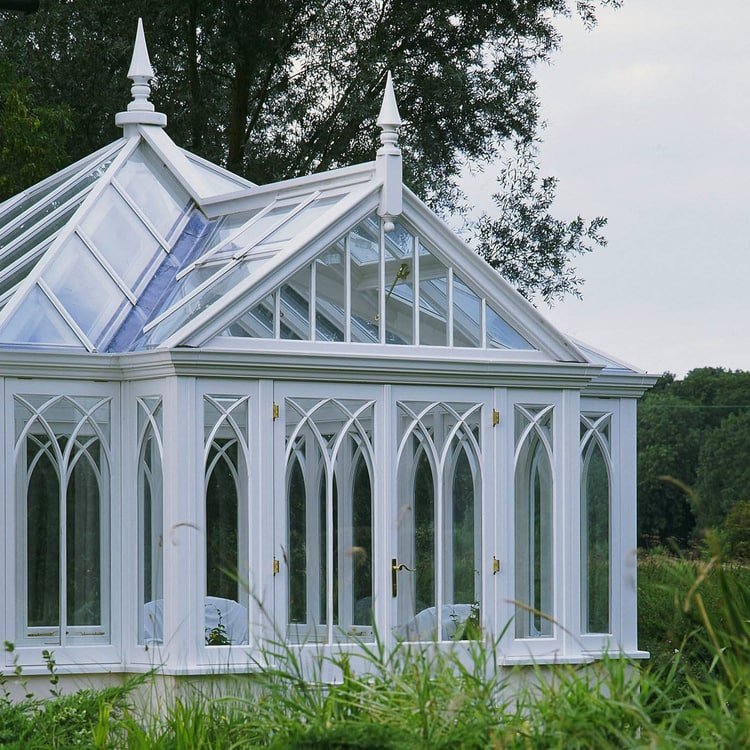 What is an orangery or orangerie?

Traditionally associated with protecting imported citrus plants from the cold British winters, orangeries were a symbol of wealth and prestige among the elite in the 17th century. The aristocracy adored these beautiful rooms and felt that they gave their mansions a sense of splendour and opulence, with their elegant architectural lines and timeless style.

The conservatory’s decline in popularity in recent years has led to a huge rise in homeowners opting for contemporary timber framed garden rooms and orangeries. Combining balanced design with flawless functionality, a garden room or orangery extension is still the height of luxury and carries an air of sumptuous elegance. 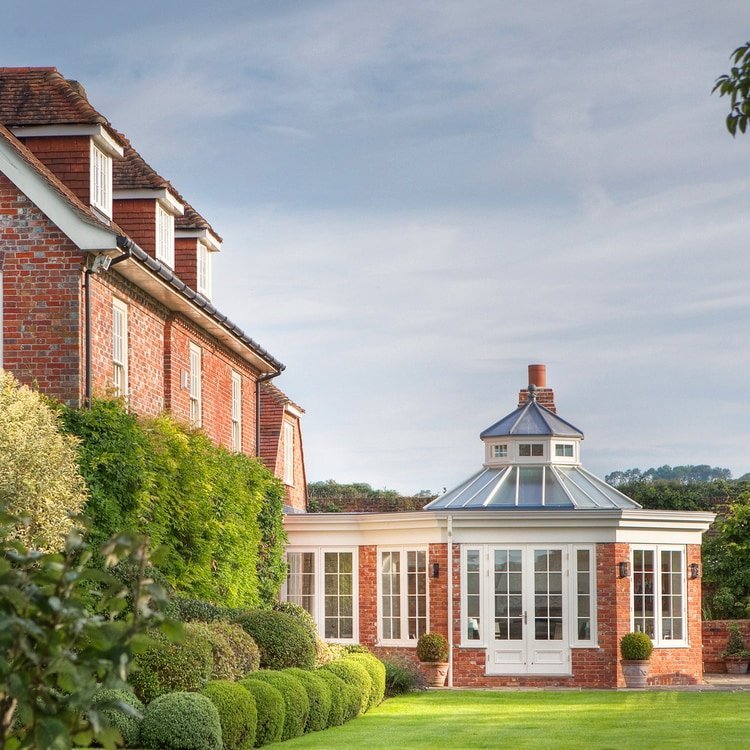 Orangeries and garden room extensions do not have as much glazing as a conservatory, but will still create a bright and airy space. Consisting of semi-glazed walls, an orangery will typically have a roof lantern built on top of a flat roof which lets the natural light stream in. Instead of feeling cold or stuffy, they are comfortable and inviting throughout the seasons, feeling cool in the summer and warm in the winter.

What is a garden room?

A garden room is similar to an orangery with semi-glazed walls, but with a roof made entirely from tiles instead of a roof lantern. A garden room is more likely to look like a part of the building it’s adjoined to rather than an additional add-on, with matching tiles, brickwork and other details.

Garden rooms will typically have a high roofline and a dramatic glazed gable which looks spectacular and fills the space with plenty of natural light. 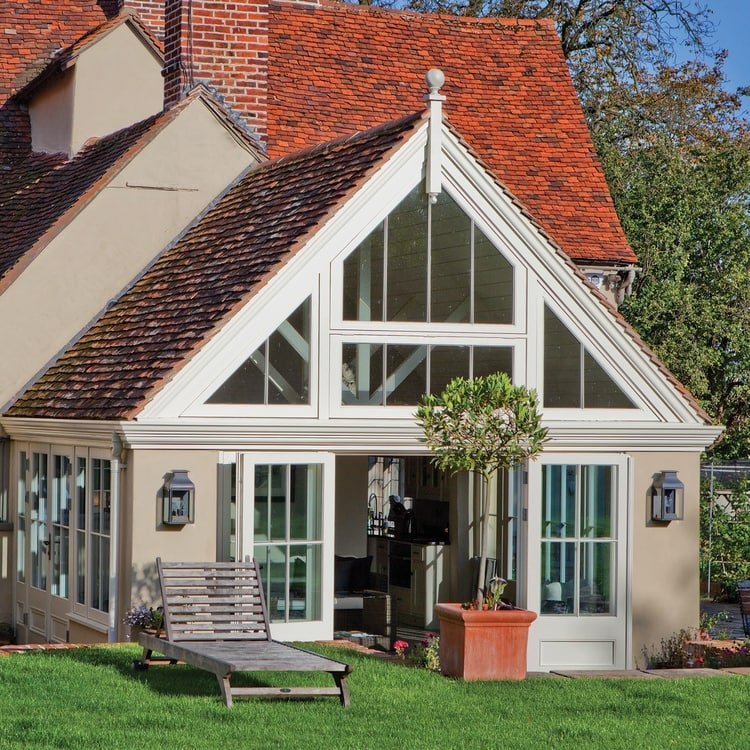 No matter what style you choose, ultimately a luxurious garden room should be an investment that will add to your property’s value and change the way you use the space within your home, so quality is vital to keep it looking good for years to come. The key to building a long-lasting extension is to choose a superior, premium product that has been expertly designed and built with a luxury finish.

Find out more about orangeries and conservatories

01 Mar — Read more
sign up for our monthly roundup