What is an orangery? 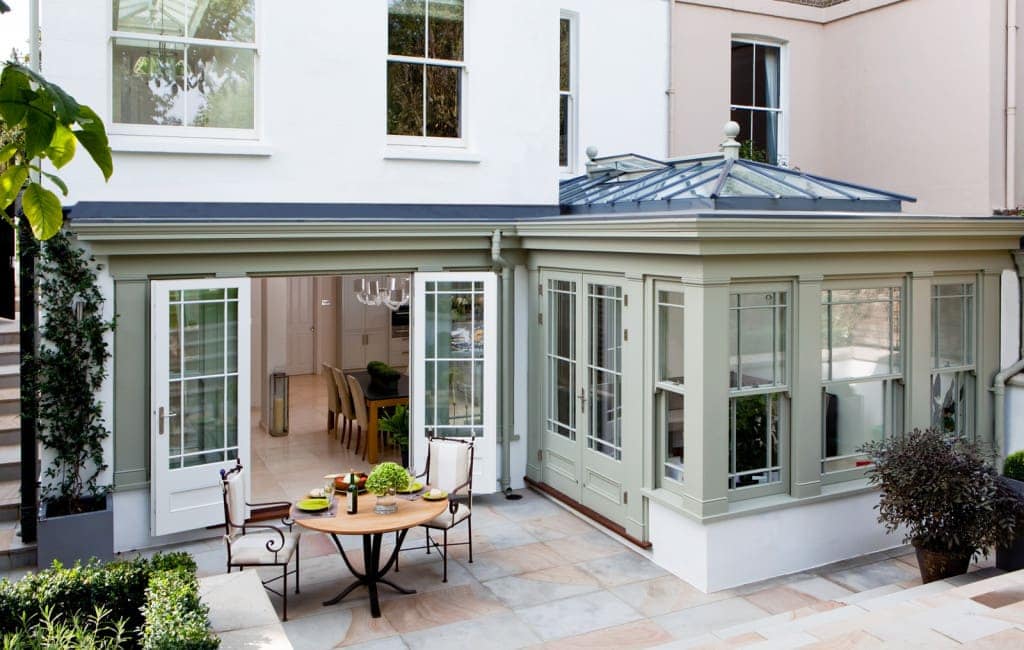 An orangery is a stunning addition to any home and whilst their use may have changed over time, their distinguishing features never fail to deliver the wow factor.

A potted history of the orangery

Orangeries date back to the 17th century Renaissance gardens of Italy, a period when glass production was becoming increasingly popular.

Similar to a greenhouse in function but with styling more akin to a conservatory, the original purpose of a wooden orangery was to protect delicate citrus trees from harsh winter frosts. Occasionally, orangeries would also house a stove to provide extra warmth, particularly as imported citrus fruit such as pineapples became more widely available. However, orangeries would serve not just as a place for fruit propagation, but also as a symbol of wealth, due to the fact that glass was expensive and therefore an extravagance during this era.

The earliest examples of orangeries were simplistic constructions that could be dismantled during the summer months. It later became popular to incorporate the garden walls into the orangery design with a base of brick or stone and large panes of glass to let in light and warmth, making for a permanent structure.

As orangeries became more fashionable, their layout would be influenced by garden designers and architects alike, which paved the way for more aesthetically pleasing designs often with intricate iron detailing to hold the glass panes in place, as well as a more seamless connection being made between the house and orangery. 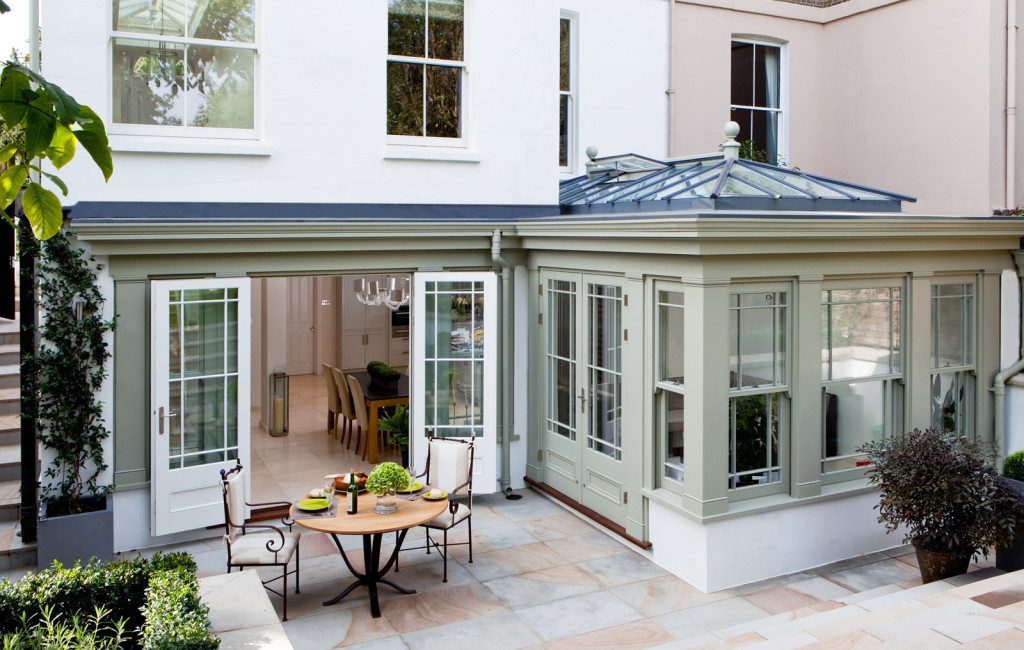 Today, orangeries have retained many of their traditional design features as well as a sense of luxury, but their function has evolved significantly to provide an adaptable living space used for relaxing, dining and entertaining.

Modern orangeries generally comprise a solid base with supporting columns extending up to a flat roof which houses a glazed roof lantern: typically french doors (or bi-fold sliding doors) allow access to the surrounding garden or patio area. This arrangement floods the room with natural light and the roof lantern provides unparalleled sky views, creating an eye-catching centrepiece.

Typically a modern orangery is a bolder statement than a garden room extension or conservatory because the architecture is created to contrast with the property in a display of grandeur and prestige. 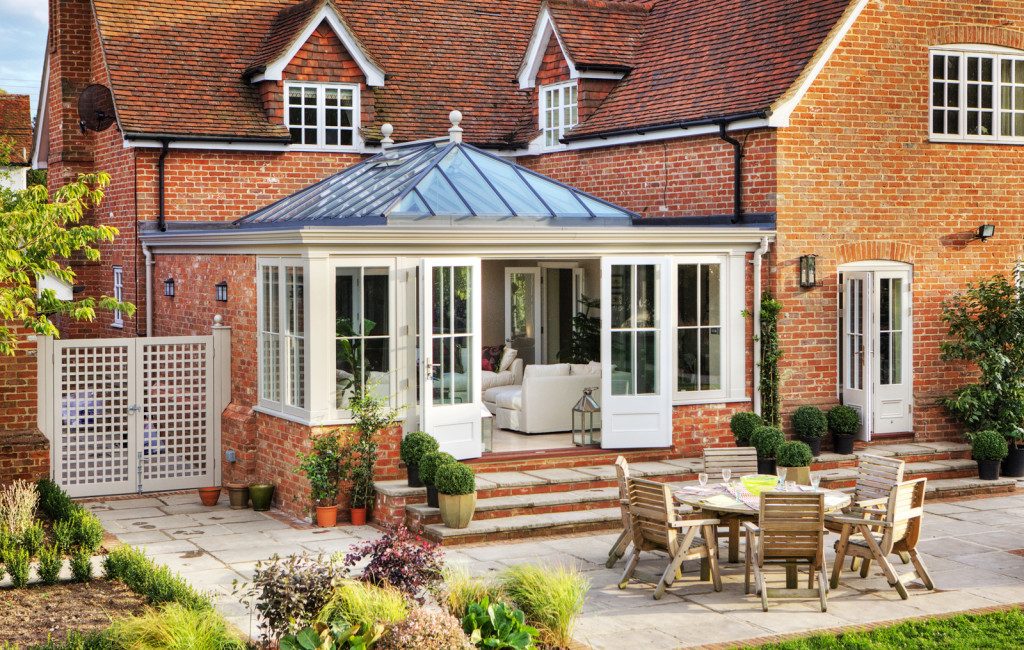 Due to their positioning – usually at the rear of a property and extending beyond the boundary of the rest of the home – an orangery can be exposed to the elements. It is therefore of paramount importance that these types of glazed extensions are manufactured from reliable components that have been designed to stand the test of time.

An orangery is a stunning addition to any home and whilst their use may have changed over time, their distinguishing features never fail to deliver the wow factor that they once did over four centuries ago.

How to build your own wine room