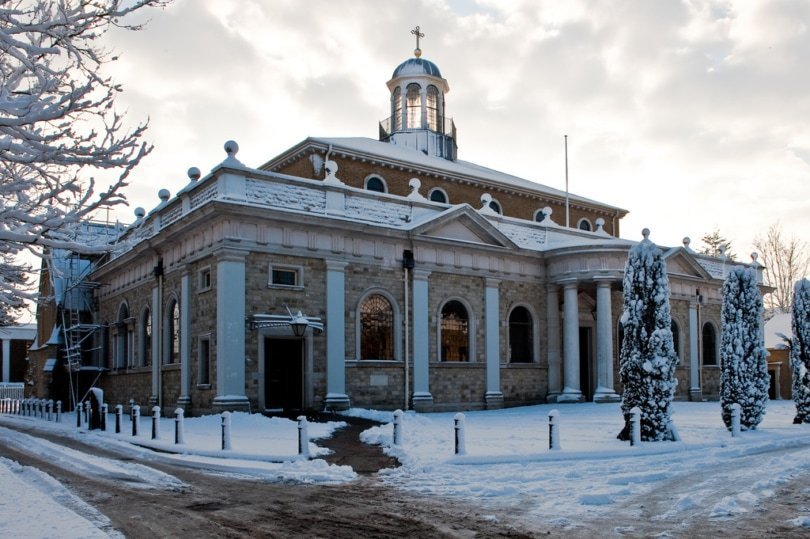 In architecture there is a long tradition of both being inspired by and reusing design features that have gone before. Westbury relishes the challenge of blending a new building in with an existing structure – be it modern or period. It is our creativity that will result in a novel design solution. This traditional approach has been given many labels over time – but we call it classicism. That is why we admire Brentwood Cathedral, which has blended styles over time to achieve a classic – but modern – building that is both functional and beautiful.

Brentwood Cathedral is built on the site of an earlier church first erected in 1837. As the local community grew the original building became too small and in 1861 a larger church was built in the Gothic style from designs by Gilbert Blount.

In 1989 the architect Quinlan Terry was commissioned to design and build the current Cathedral and it is the first Classical cathedral to be built in England since Wren’s St Paul’s. Architecturally, Terry took his inspiration from the early Italian Renaissance crossed with the English baroque of Christopher Wren. It was felt buy hydrocodone from canada that this would be appropriate for the town and its conservation area and would provide the right space and light for the renowned church music and many celebratory gatherings.

It is a confident essay in Classicism, mixing Italian and English Renaissance influences. The stylistic contrast between Blount’s Gothic and Terry’s Classicism is pronounced throughout. The north elevation consists of nine bays each divided by Doric pilasters. This is broken by a huge half-circular portico which was inspired by a similar one at St Paul’s. If you stand just in front of it, you get some idea of its giant scale! Inside, every detail and furnishing has been designed by Terry, or chosen by the Bishop; a modern example of architect and patron working together.

Brentwood Cathedral is a prime example of how architecture is influenced by existing styles and buildings grow and evolve. Westbury Garden Rooms does the same thing when designing glazed extensions for customers; ensuring that a new orangery or garden room blends seamlessly with the existing building. Brentwood Cathedral’s classicism, carefully considered to fit with the surrounding area, is why it is Westbury’s January Pick.