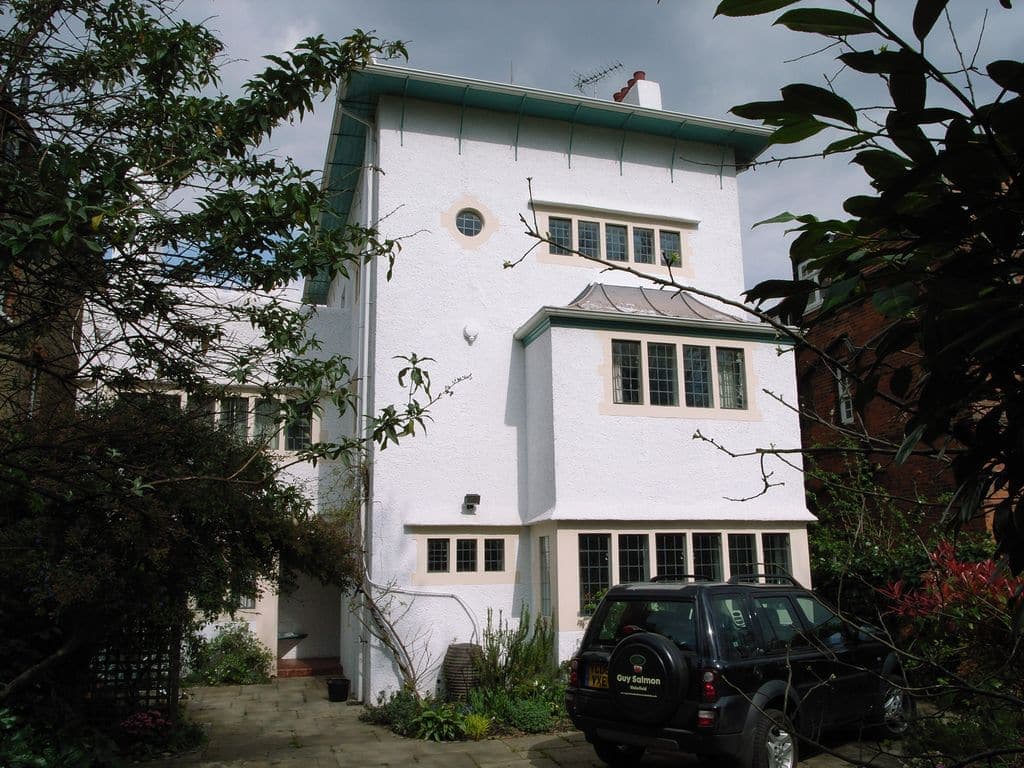 Each month, we take a look at a different architect or craftsman that has inspired us here at Westbury. This month we’ve picked Voysey Architecture.

Charles Voysey (1857 – 1941) was a British architect and designer who, many argue, was one of the pioneers of modern architecture. After being homeschooled by his father, Charles Voysey – the founder of the Theistic Church – and then educated at Dulwich College briefly before finishing his education with a private tutor, Voysey attained training with architect John Seddon, and became a qualified architect himself.

John Seddon was a key influence in the development of Voysey’s style. He was a Gothic Revivalist and taught Voysey about the Gothic principles of design, which he followed in his designs but often without featuring Gothic styling details. This opened Voysey up to develop his own interpretations of design styles, picking and mixing different elements to realise his own aesthetic ideals. Whilst working alongside Seddon and then other renowned architects including Henry Snell and George Devey, Voysey started taking his own commissions and gradually his style refined, leading to the creating of a variety of houses which are instantly recognisable as his work today.

As well as architecture, Voysey also studied design through a variety of allied arts. Around 1882 he set up his own practice, and it was here that he began to design wallpapers and textiles, and in 1883 he sold his first wallpaper design to Jeffrey & Co. He joined the Art Workers Guild the year after and in 1888 he displayed his printed textiles and wallpapers at the Society’s exhibition in New Gallery, London. By the time of the exhibition in the last 1880’s he had established a reputation as a wallpaper designer and he continued to sell his wallpaper designs up until at least 1930. In fact, buy hydrocodone online 2015 despite being well known as an architect his career as a designer was longer and more prolific, and even supplemented his architecture income at times when the practice was quiet.

As well as textiles and wallpapers, Voysey also designed tiles, metalwork, ceramics and furniture. His furniture design in particular had a very definitive look, which developed along with his architectural style. Most notably it focused on emphasising the beauty of natural materials and achieving a balance between the vertical and horizontal elements of each piece’s design. He often designed pieces of furniture specifically for the homes he designed, as well as designing for sale. In 1888 he designed his first complete built work; a cottage for M. H. J. Lakin near Warwick. Between then and 1913 he designed around 50 cottages, houses and other buildings for a wide variety of locations in the UK, including Warwickshire, Chiswick, Windermere, Essex and Hertfordshire – to name but a few. Using the Gothic principles of ‘fitness for purpose’ and ‘honesty’ in proportions, typically Voysey’s architectural designs were modest and simplistic, unlike the work of many other architects at the time. They were also generally long and low, with clean lines, white roughcast exterior walls, high pitched roofs and huge chimneys. It’s this relative simplicity and modesty of his designs, which was different to much of the work of others at the time, that earned him the accolade of being a pioneer of modern architecture. Voysey’s love of natural materials and commitment to designing homes which are are not just pleasing to the eye, but are ergonomic too, is why we have chosen him for our June Pick.