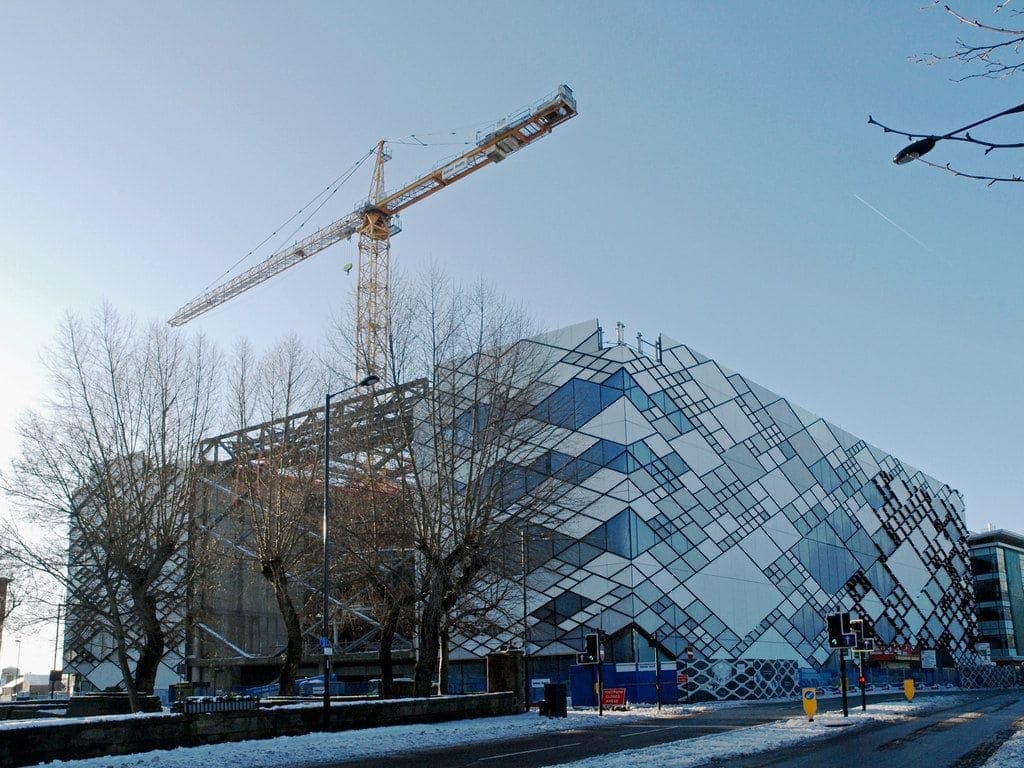 This month's inspirational Westbury's Pick is the stunning Diamond building in Sheffield.

The Diamond in Sheffield is an example of modern architecture implementing the use of glass to create a fascinating design. This stunning building is home to the University of Sheffield’s engineering school and is the centre of an £81 million investment. The 19,500-square-metre site houses world class facilities for engineering students including specialist laboratories, lecture theatres, teaching spaces, workshops, a learning resource centre and study areas for up to 5,000 students. The Diamond is named after the distinctive anodised aluminium and glass facade which draws inspiration from the historic buildings surrounding the site, including the beautiful church opposite, yet is reminiscent of the precious stone when it is finely cut for jewellery. The glasswork on the exterior of the building has been carefully designed to allow natural light into the laboratories and key study areas throughout the engineering facility. To balance the large panes of glass on the north and south sides, the windows on the east and west facing sides of the building are slightly smaller in attempt to stop the laboratories and study areas from overheating while in direct sunlight. Alongside this, the diamond lattice on the exterior of the building was designed to provide shade to the rooms that are in direct sunlight all day, to further control the temperature of the study areas. Rooflights also buy hydrocodone online with paypal allow natural light to flood into the study spaces, with circular desks surrounding glazed apertures ensuring this light is able to reach the lower floors of the building.

Despite its beautiful appearance, the Diamond has been at the centre of a lot of controversy since its completion in 2015. Many of the students at the University, and the wider population of Sheffield, have had mixed reviews on the building with it being known as ‘the bling building’. The site was nominated for the 2016 Carbuncle Cup which is awarded to the UK’s worst new building of that year being described to have “committed sins on both the outside and inside”. The Diamond did not win the ‘award’ but the fact it was shortlisted provides a good indication of how the public feel about the design of the building. Despite its controversy, the Diamond is an example of glass architecture that has been carefully designed with the interior of the building in mind as well as the exterior. Although it has received mixed reviews from the public, the glass work used in the architecture of The Diamond, which  has been designed to provide the perfect level of natural light into the building, is why we have selected it as this month’s Westbury’s Pick.