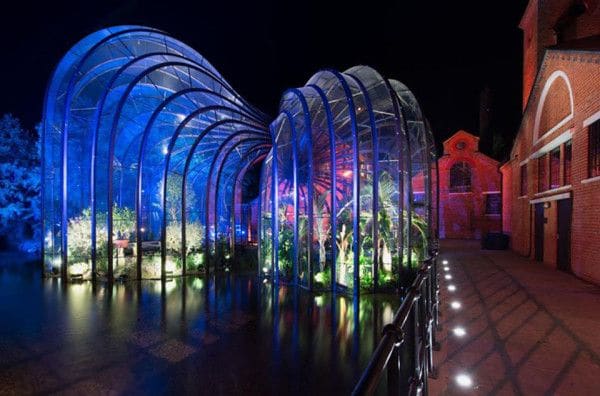 This month's inspirational Westbury's Pick is the Bombay Sapphire Distillery, in Laverstoke Mill.

In terms of scale and complexity, The Bombay Sapphire Distillery is the first project of its kind to have been completed in the UK. Designed by the internationally recognised British designer, Thomas Heatherwick, this is three things in one; a conservation project, a production facility, and an example of amazing visual architecture. To the untrained eye, the sustainable distillery appears high-tech and modern, but this is the result of a complex renovation project, saturated with rich heritage and history. The original Laverstoke Mill dates back to at least 903 AD, with its first official records marking it as a corn mill in the 1086 Domesday Book. In 1719, the mill was leased by a French printer, who converted it into a paper mill to begin manufacturing banknotes for the British Empire.

Throughout the following two centuries, Laverstoke Mill developed further to encompass a vast industrial complex, including a series of Grade II listed buildings such as the mill owner’s house, the workers’ cottages and the main mill building. The result was a sporadic and chaotic gathering of more than forty buildings. Heatherwick’s restoration project was definitely not without its challenges, and to add to this, the River Test, one of England’s finest chalk streams, which runs through the mill had become narrowed and hidden within a steep concrete channel, making it almost impossible to perceive.

Working with government initiatives English Heritage and English Nature, Heatherwick and his team set out to carefully restore twenty-three of the existing buildings, and remove nine of the most recent industrial structures, whilst working to conserve the local wildlife. The renovation project also included plans to substantially widen the river and reshape its banks to form sloping planted foreshores, to make the water visible once more. The initial project plans included the creation of a separate visitor centre, but Heatherwick became fascinated by Bombay Sapphire’s unique vapour infusion and distillation methods, and decided that growing the botanical herbs and spices on site to create the world’s first botanical distillery would be more far more enticing for visitors.

Therefore, embedded into the flowing waters of the newly-widened riverbed, sits a pair of intertwining botanical glasshouses, one tropical and the other mediterranean, to house and cultivate the plant species. These glazed structures stem from one of the historic mill buildings; the gin distillation hall gives off heat which is then recycled to create the warm temperatures necessary for growing the plants. Constructed from more than 893 individually-shaped 2D curved glazed pieces held within more than one and a quarter kilometers of bronzed stainless steel frames, this fascinating and complex geometric structure took months to plan, engineer, and refine. The glasshouses alone are made up of more than ten thousand bespoke components.

The distillery opened its doors to the public in autumn 2014. On arrival, visitors walk along the new river bank, before crossing a bridge to the main production facility which faces the courtyard and glasshouses. In environmental terms, the Bombay Sapphire distillery is the first processing plant and restoration project in Britain that has been awarded a BREEAM rating of “outstanding” for building sustainability. Through meticulous restoration of the historical buildings, extension of the River Test’s beds, and construction of a new gin factory method using glazed architecture, this project connects Laverstoke’s historic past with an exciting future in one awe-inspiring juxtaposition, which is the reason we’ve chosen it as our Westbury Pick. 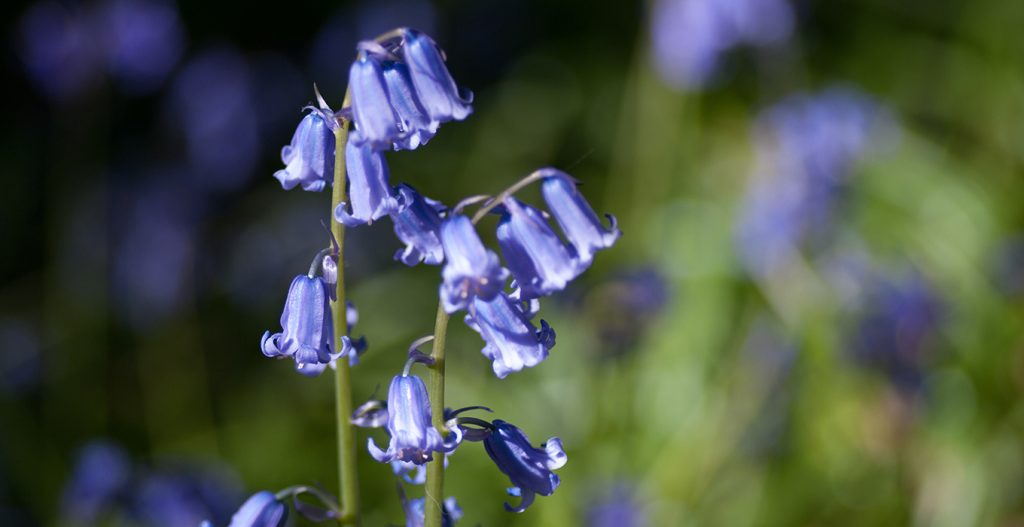 16 Feb — Read more
sign up for our monthly roundup