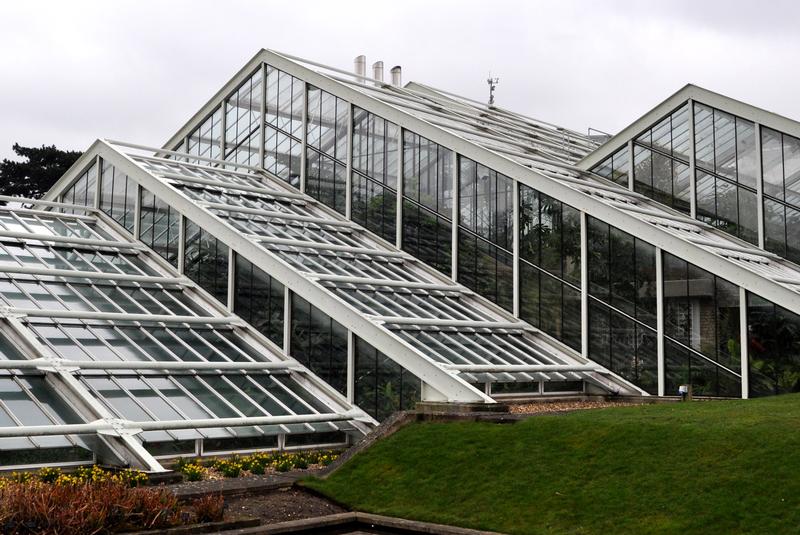 Designed by architect Gordon Wilson in 1982, to replace a group of 26 smaller buildings that had eroded, the Princess of Wales conservatory was built to be energy-efficient and easy to maintain. The low-lying, angular glazed hill of the Princess of Wales house is built partly underground and as such is less obtrusive than the other Houses at Kew Gardens – this unusual feature is instead about climate control rather than making a grand statement.

Opened in 1987 by Princess Diana it is the most complex conservatory at Kew, with ten computer controlled climatic zones under one roof designed to regulate the temperature that plants and flowers can inhabit through each season. The two main climate zones are ‘dry topics’ and the contrasting ‘wet tropics’; representing the world’s warm, dry areas in one and housing moisture loving plants in the rainforests and mangrove swamps in the other. The other buy liquid hydrocodone online eight climates vary temperatures to suit other plants and flowers. For example, in these other sections you’ll find a seasonally dry zone containing desert and savanna plants, plus sections for carnivorous plants, ferns and orchids. In addition, visitors will find an elevated aquarium, complete with water lily pond and dangling roots… It really is like discovering a new world.

Here at Westbury we understand the pleasure people get from growing their own herbs and plants, and a glazed extension is the perfect place to do so. Conservatories, although popular aren’t always the best choice due to the huge expanse of glass used for the roof, which leads to large solar gains and losses. To keep the temperature at a comfortable level, whilst enjoying the outside we recommended opting for an Orangery or Garden room.