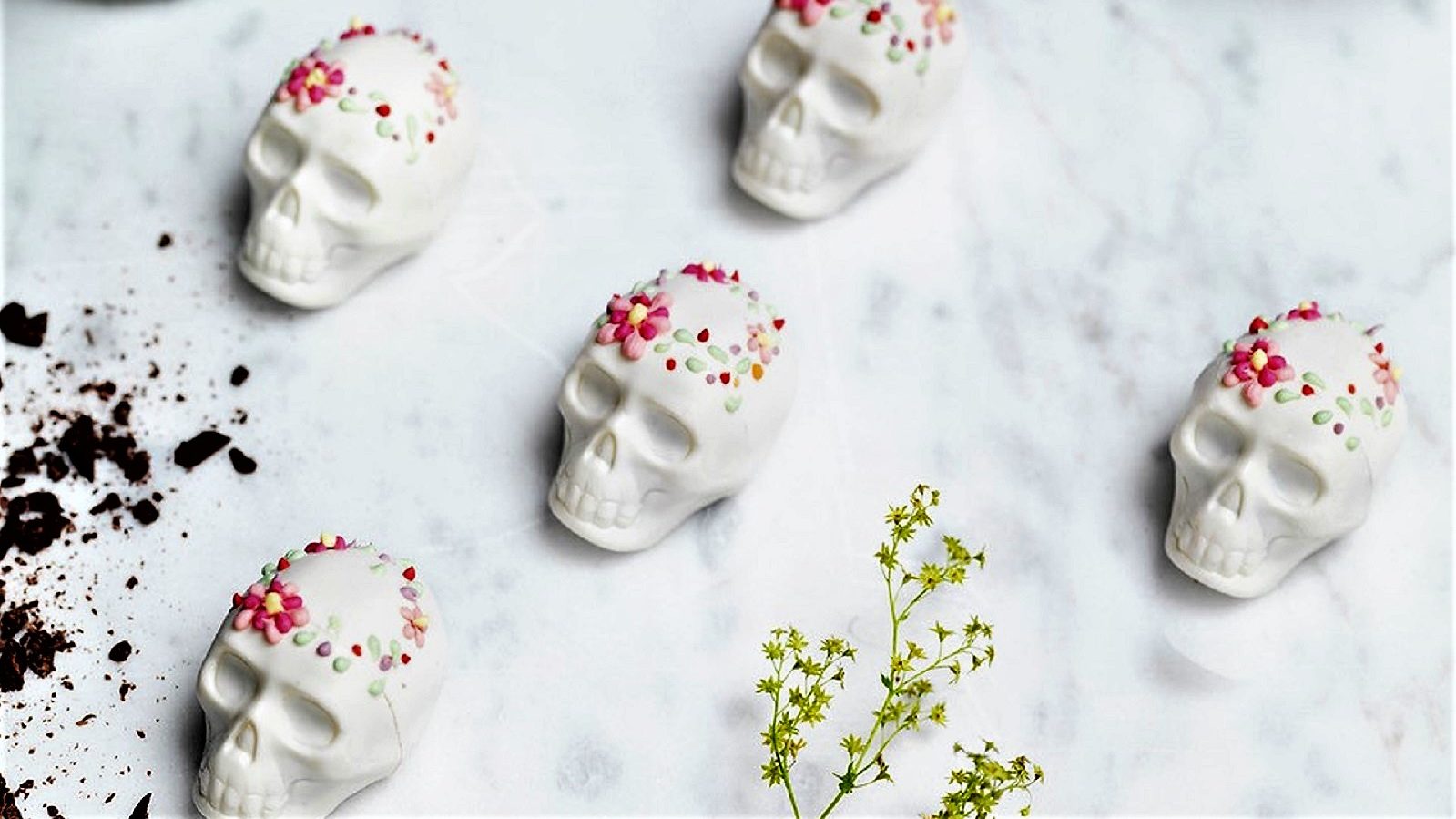 Philippa Diggle first had an inkling that chocolate was her true passion while she was training to be a Patisserie Chef at Le Cordon Bleu in London. While her course only included three lessons focusing on chocolate, it was the tempering, rolling, coating and piping that really stuck with her long after she had qualified. ‘Baking was always a hobby of mine, but I really got into it during my 6th form years. I don’t remember the moment when I decided to train for a patisserie qualification, I just never found a university course that I was passionate enough to give three years of my life to. I loved it at Le Cordon Bleu, and I still go back to do one day courses and workshops.’ 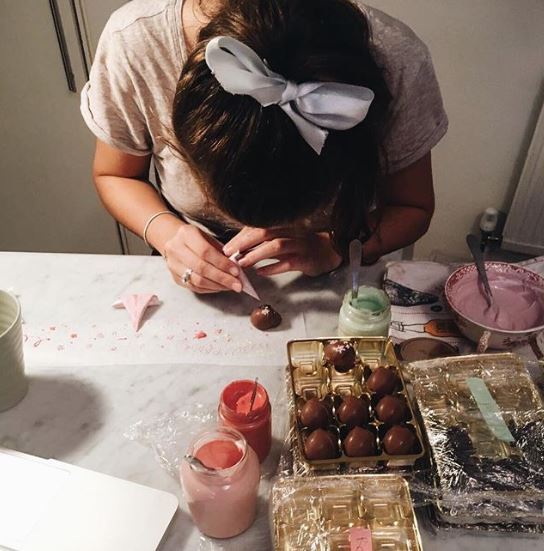 The aspiring chef took her first job as an apprentice in a chocolate shop just before Christmas, which is the busiest season in the chocolate industry; ‘It was wonderful to work there during the festive period’ she explained. ‘It was a happy place to be, helping customers to choose gifts and treats. I was offered a full-time position, but I wanted to get more experience. Hindsight is a wonderful thing, because it was my first job I didn’t realise how special it was.’ Philippa went on to try other jobs, including a Patisserie Chef for a private jet company and a temp working in an office. All the while she would be making chocolates for friends and family. ‘I adored sending chocolate-filled care boxes to my friends who were away at university.’ This eventually evolved into a full-time business of its own and Philippa has been running Diggle Chocolates for about a year now, making chocolates by hand from her flat in Fulham and selling them online. 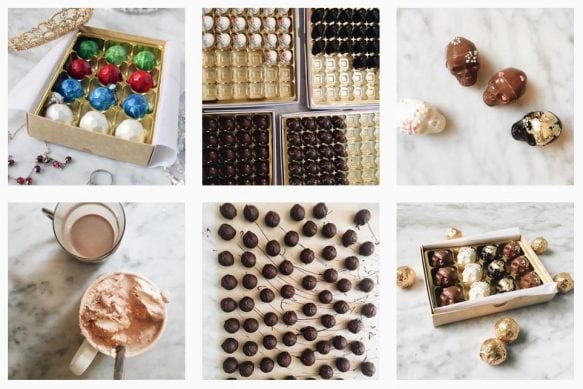 Even though chocolates and garden rooms are worlds apart in terms of similarities, we recognised a lot of Philippa’s values in our own approach. We dedicate a lot of time into getting our designs just right, and we employ a trial and error system until we are completely happy with our structures being supplied and fitted into our clients’ homes. Philippa has the same attitude when it comes to her chocolates, too.
‘I enjoy inventing and developing new flavour combinations’ she said. ‘I always have so many ideas that I have to take a notebook everywhere with me.’ Philippa will have a new chocolate flavour in mind before she’s even developed her last idea. Nothing short of extreme dedication and meticulous tweaking goes into the development of these flavours. ‘My ‘Rose & Maple Rubies’ were particularly tricky – I knew I wanted that combination of ingredients, but I didn’t want the rose water to be overpowering – it was a fine balance and I was determined to get it right, to the point where I was adding small drops into the mix with a toothpick.’ 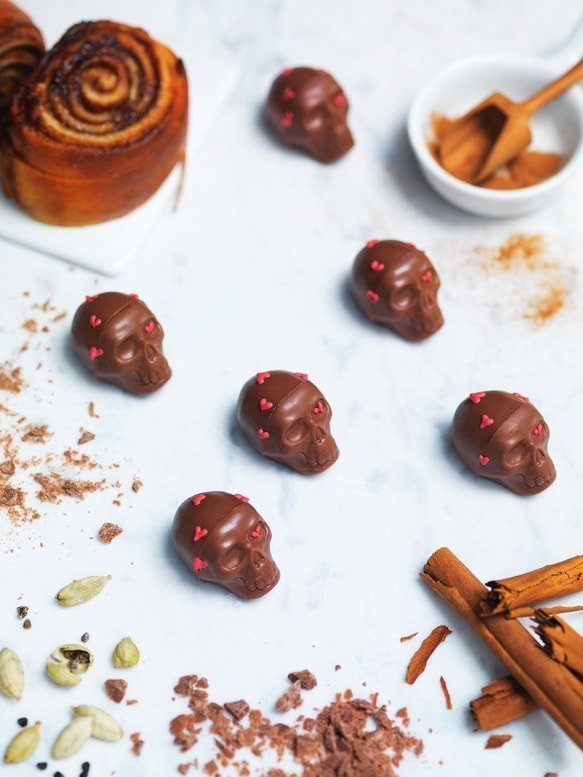 Philippa’s range of flavours are forever rotating. Her exquisite Crown Jewel Collection which includes the ‘Rose & Maple Rubies’, along with ‘Earl Grey Caramel Emeralds’, ‘Sea Salt Sapphires’ and ‘Vanilla & Camomile Diamonds’ are only available until the end of this year. The ‘Cinnamon Skull’ is probably the biggest divider of opinion. For some, including Philippa, it’s their absolute favourite, while others tell her to remove it from the Skull Collection all together. 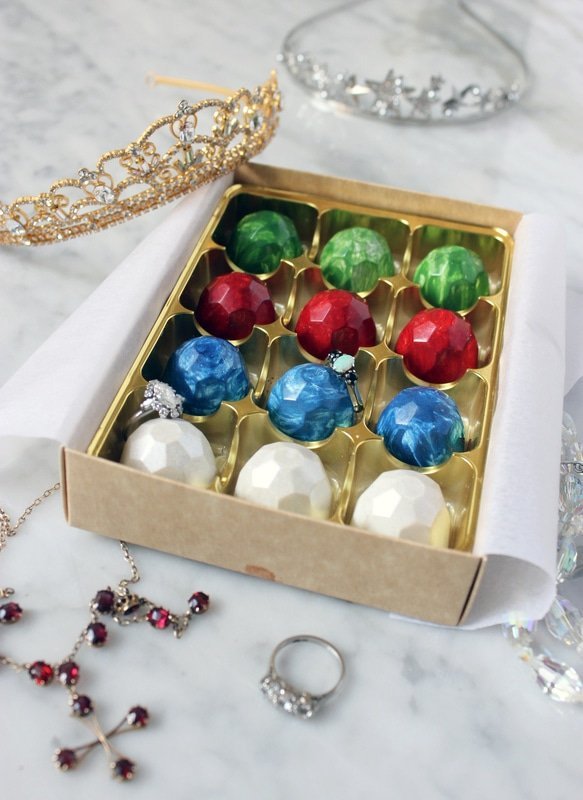 The wonderful thing about the skulls is that they are technically a truffle and a half, as the mould needs slightly more chocolate for the front side. They are her signature creation, and Philippa worked hard to find a mould that looked unique and would stand out. ‘Sometimes you order a mould that you absolutely love, like a shell, but when it arrives it looks terrible. As soon as I got the skull mould and started experimenting with it, I knew it was the right one. I’m a big Harry Potter nerd, so I adore Halloween, sorcery and magical things. Everyone always comments on how much they like them.’ 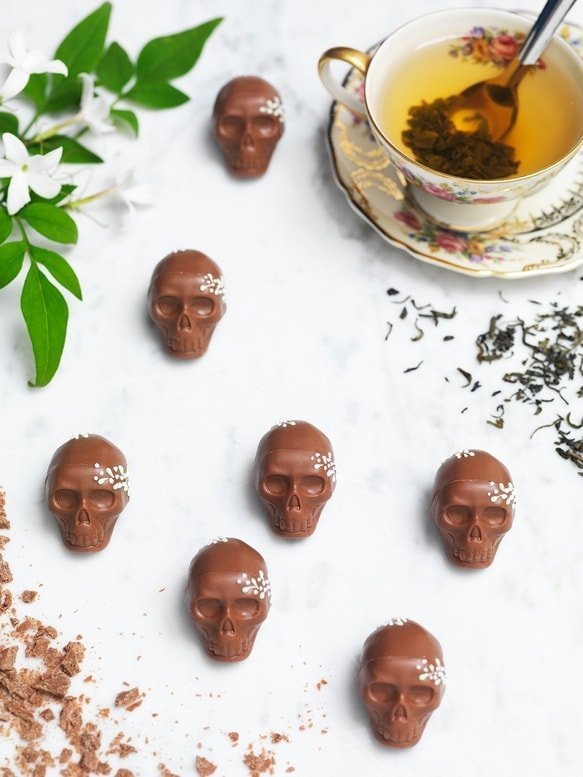 It was this love of Harry Potter that led Philippa to her next achievement. Her cousin spotted the news that a new magical-themed bar was opening in London and tagged her on an Instagram post, knowing that she would love to go. The Cauldron is a themed, interactive cocktail bar where guests learn to use a combination of science and mixology to create their own magical ‘potions’. As a generational trend, millennials are preferring to spend their money on immersive experiences, and naturally The Cauldron has attracted a lot of attention with its creative concepts. 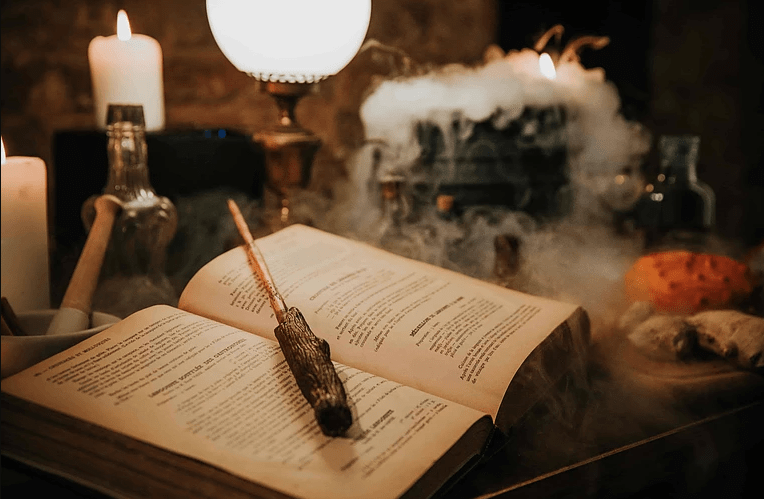 Philippa realised that there was a potential opportunity for her chocolate creations and got in touch with The Cauldron team, who immediately wanted to work with her. Her chocolates were offered to guests during the launch party this year and are now served to customers during the potion-making experience. From there, customers can then purchase their own chocolates afterwards in the gift shop. 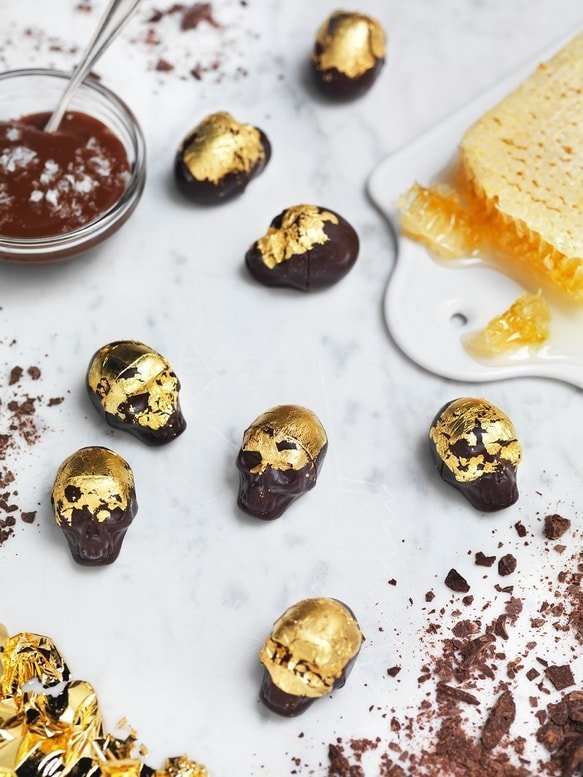 Christmas is always the most important season for chocolatiers, so she’s already got big plans in place for an advent calendar, chocolate baubles and a festive truffle collection. But her next creative challenge is to tackle the seasons that are a little quieter; ‘Summer is a lull for chocolate, as you can imagine. I want to try and challenge this by creating some flavours that emulate the emotions attached to those special holiday moments. For example, sea salt makes me think of sunny days by the beach in Cornwall.’

Describe your dream garden room extension… ‘My dream is to have the most gorgeous country farm kitchen –I love that rustic style, with marble worktops so I can temper my chocolate and copper pans hanging above an Aga stove. A bit like Mrs. Weasley’s kitchen from Harry Potter but maybe a bit tidier.’

Philippa’s artisan chocolates are available to purchase from her online shop at www.digglechocolates.com 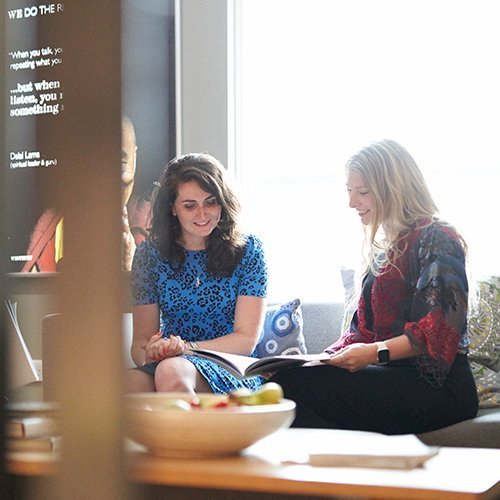 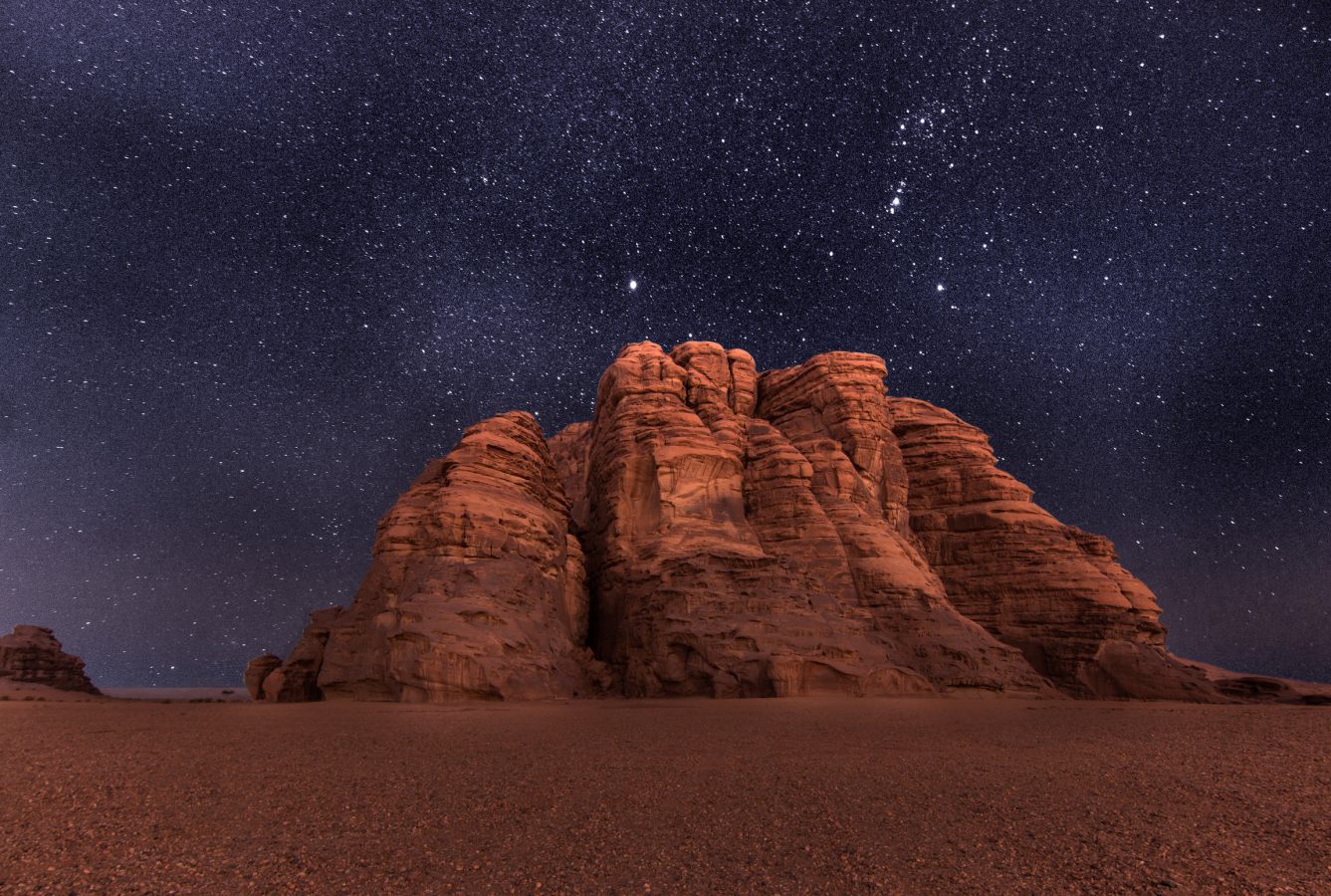 THE LINE at NEOM 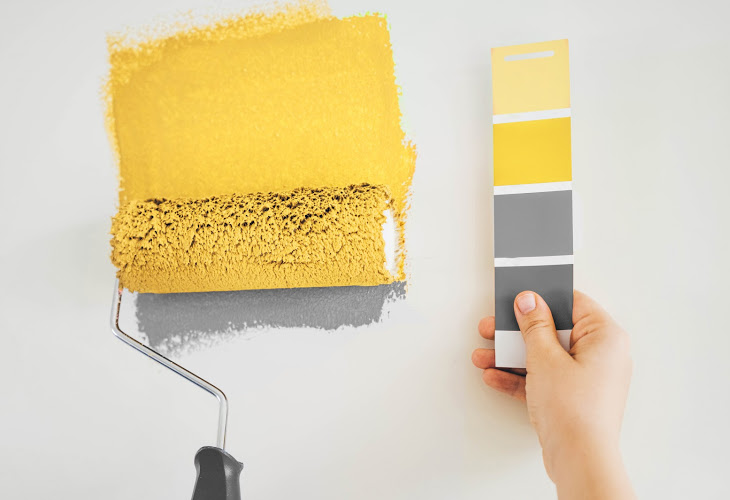 Revealed – Pantone Colours Of The Year