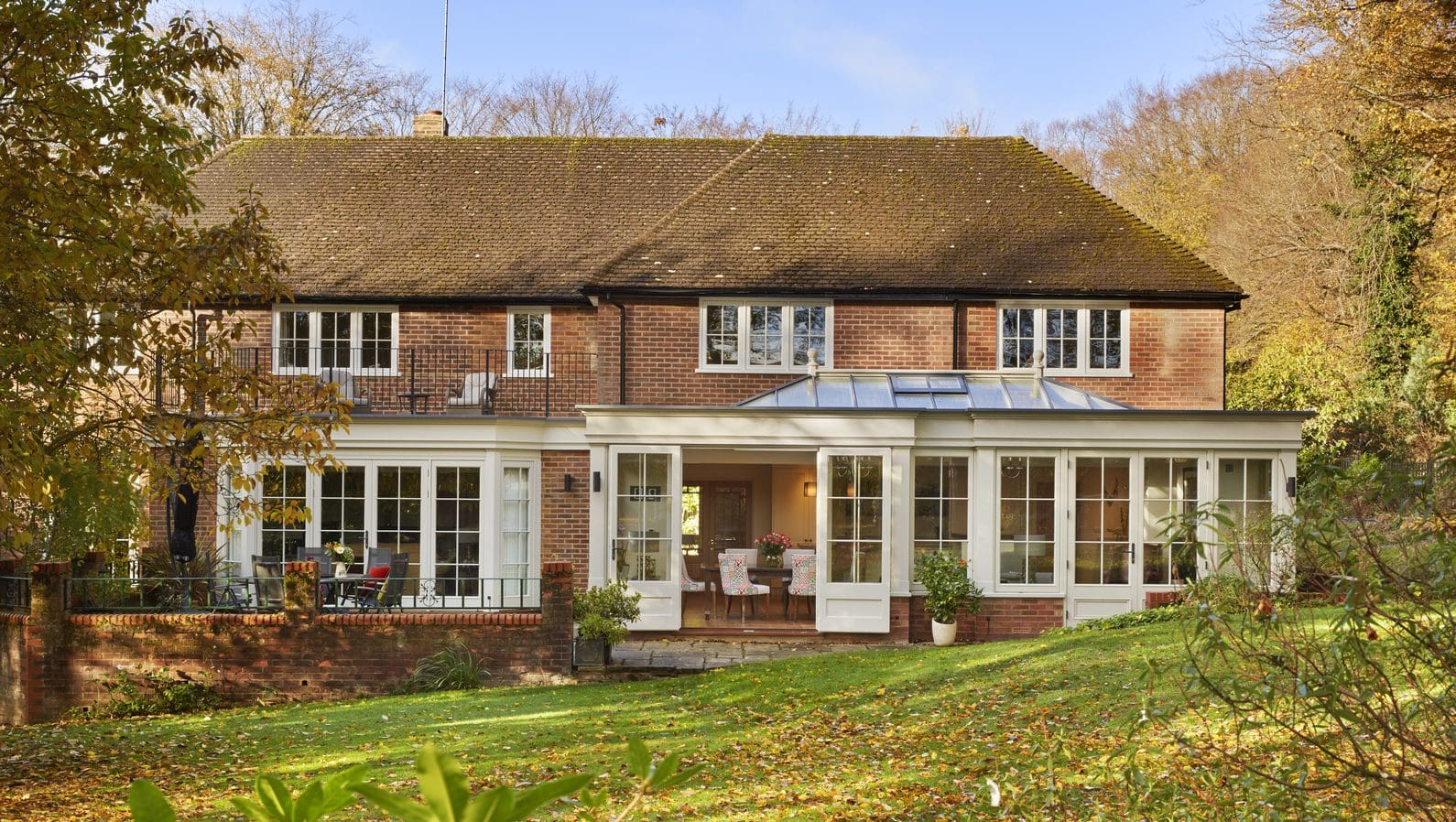 From time to time, we ask our customers to write for our blog. Here’s Mrs M. on how an orangery has completely transformed the layout of her home.

When discussing our glazed extension project, we originally had the idea of replacing our small conservatory with a larger orangery. The conservatory experienced significant temperature fluctuations which, in turn, affected the rest of the kitchen. 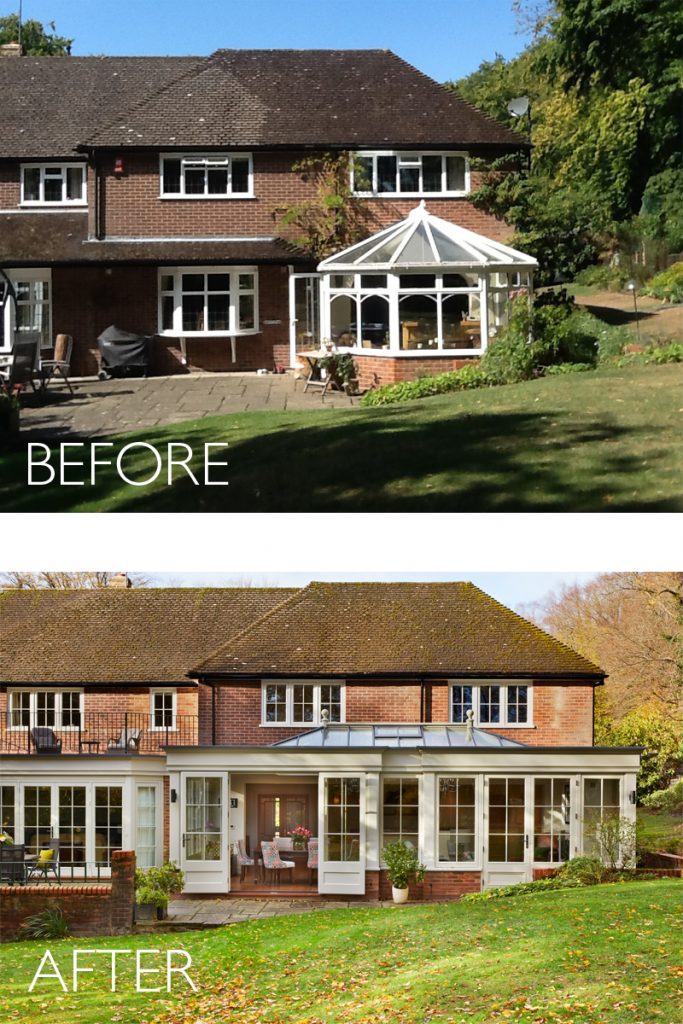 An eye for detail

We considered several major garden room suppliers during the research process. All  suggested installing a larger orangery spanning the rear of the house, with access from the existing kitchen and the existing dining room. Although we liked the idea of a bigger orangery, the layout felt more like an add-on structure rather than the seamless extension we were hoping for.

Westbury Garden Rooms was initially suggested to us by a friend whose own orangery was built and installed by Westbury. When the designers came to visit our property, they looked at the existing layout of our home and reconfigured the floorplan in order to bring our ideas and functional requirements to life. It was a bit of a ‘eureka’ moment for us; we were so impressed by the company’s vision for our home, suddenly everything seemed to make total sense. 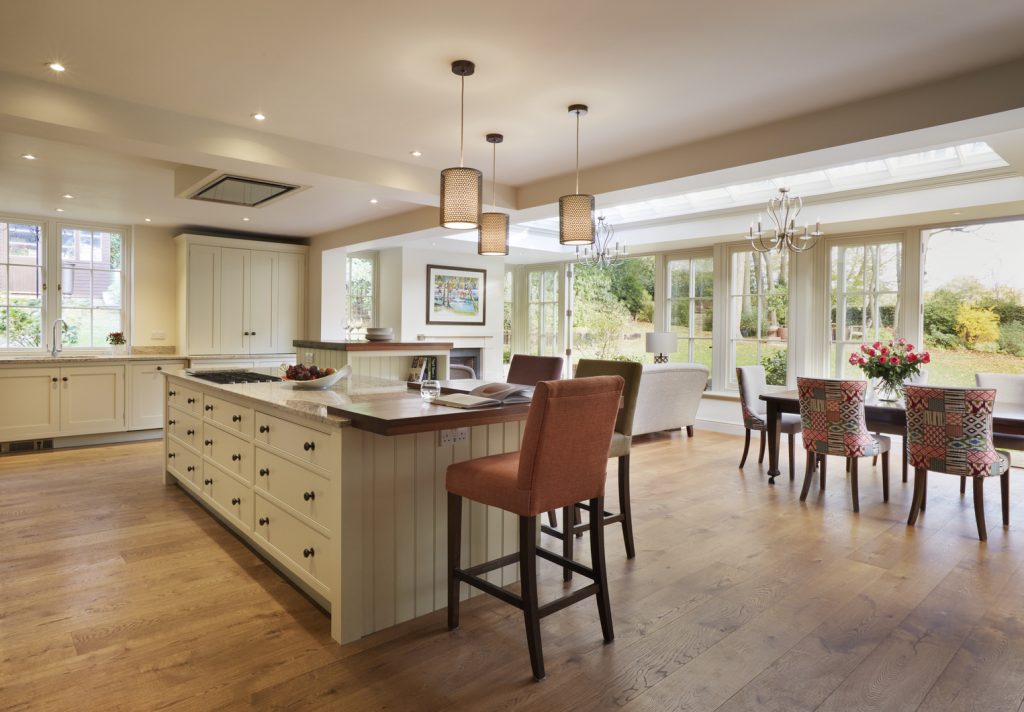 Removing the entire back wall and constructing a new internal wall has given us a stunning square kitchen-diner which is beautifully integrated with the orangery itself, and enabled us to create a utility/wine storage room from what was the back of the original kitchen. 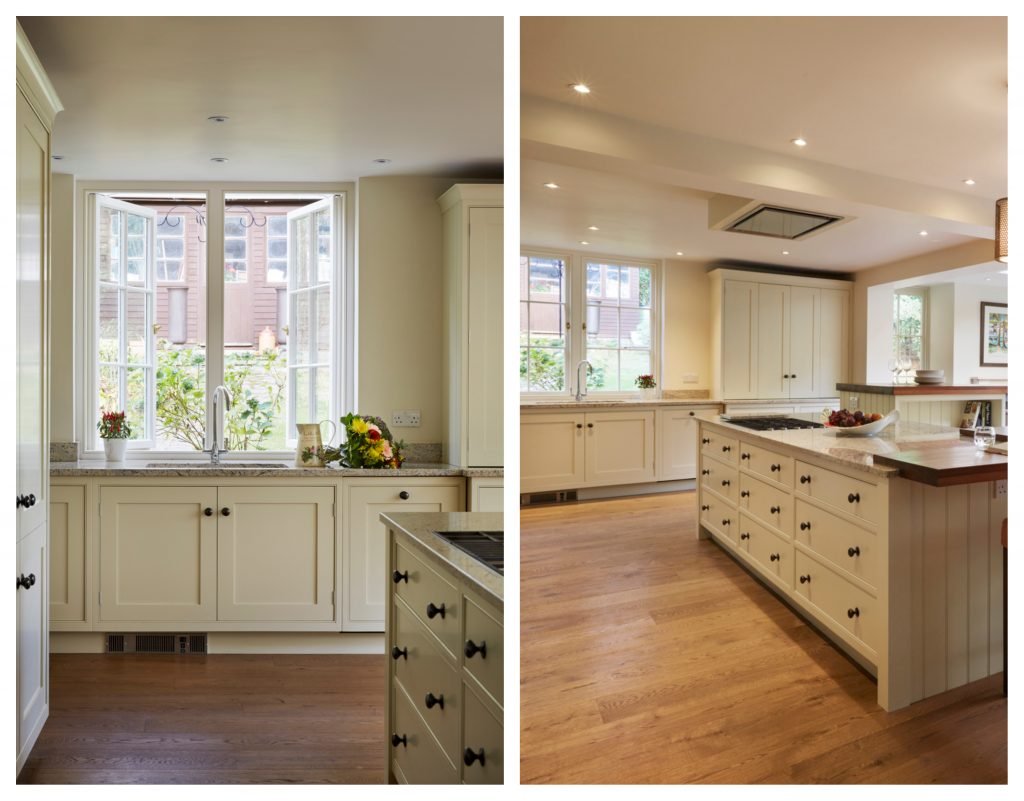 Our only compromise was the loss of a dining room which we used three to four times a year at most; in return, we gained a modern and multi-functional kitchen, lounge, and dining space which really has a wow factor. 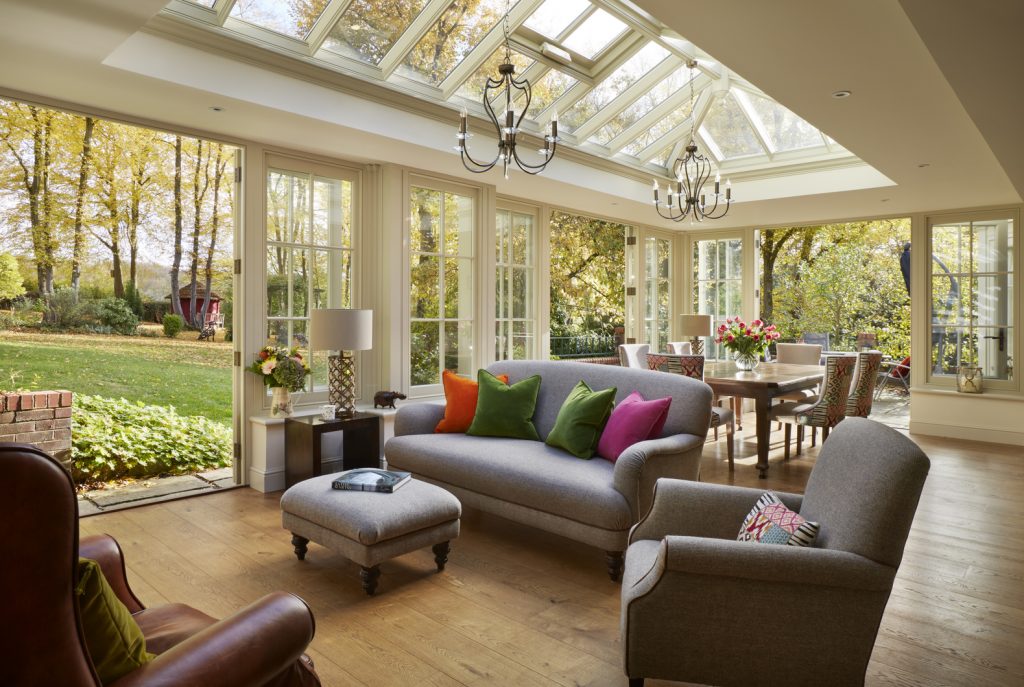 We are delighted with the way in which our orangery has enhanced the layout of our home. We’ve gained a considerable amount of space; our new dining area is large enough to entertain large groups and yet it doesn’t feel too big when there’s just the two of us in the house. 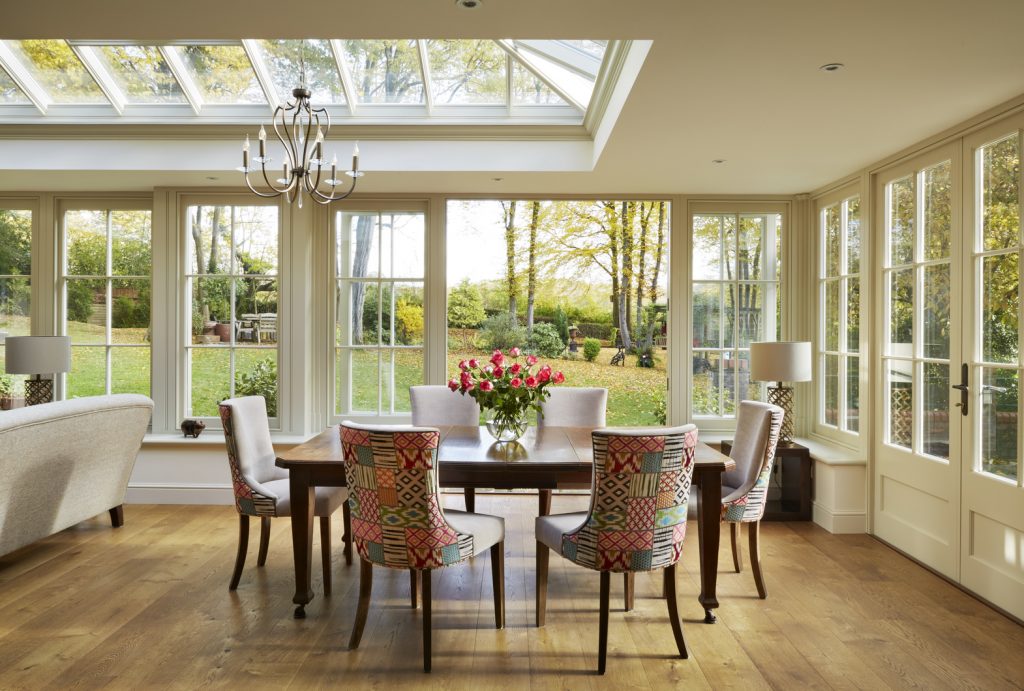 What’s more, the natural flow between the extension and our outdoor patio area makes it a wonderful environment to spend longer summer evenings. Guests often comment that the layout of the property is now ‘like it always should have been’. We feel that our home has been long awaiting this transformation, and it’s now achieving its true potential.

A space for all seasons

We decided to install a gas fireplace in the orangery, both as a focal point and to introduce additional warmth. We needn’t have worried about the heating element, as the extension is such a pleasant temperature anyway, however the aesthetics of an open fire has made it a lovely, inviting space to unwind in the winter as well as in the summer. 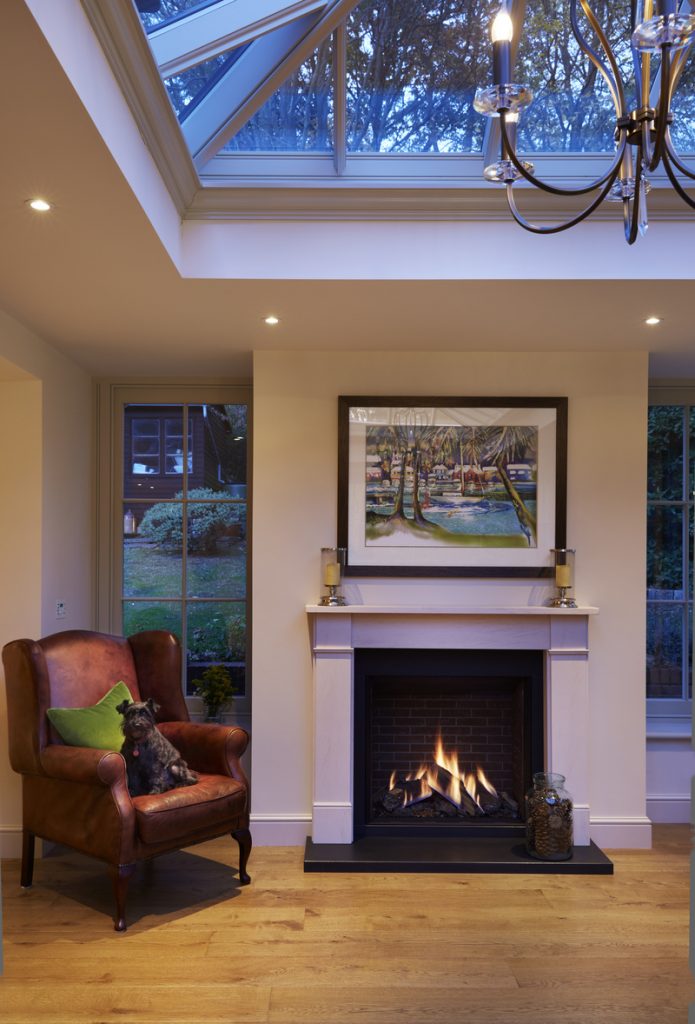 We would recommend Westbury without hesitation. The builders were tidy and considerate, and the after sales visits have been exceptional. The fact that we actually enjoyed the whole construction process is testament to the team. 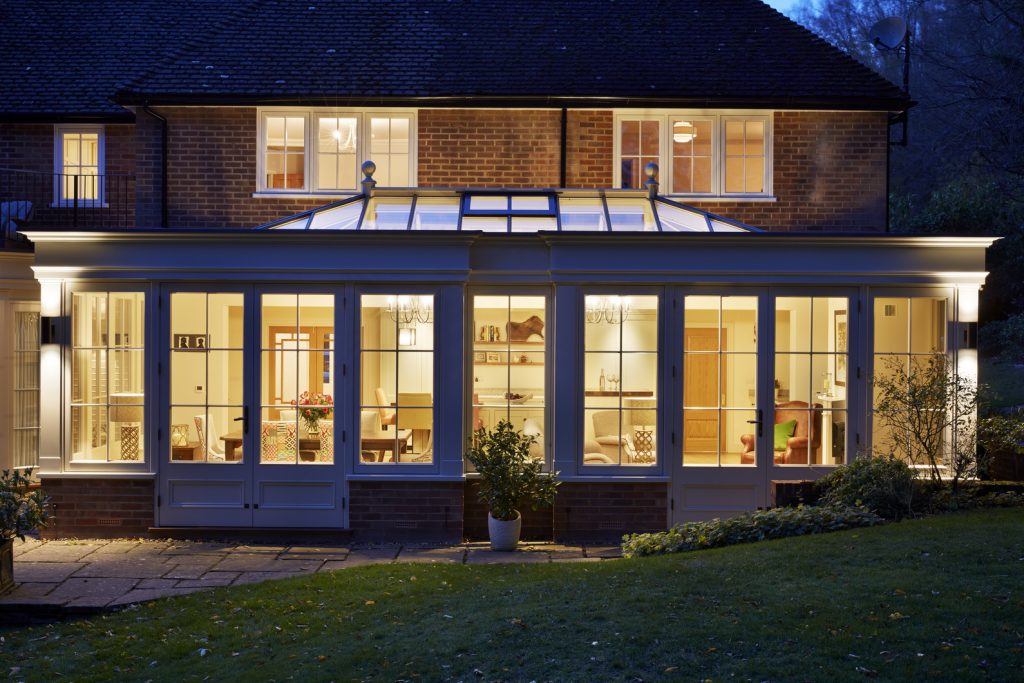 We love our new orangery and couldn’t be more pleased with the decision we made. It has totally transformed our whole house from something average into something extraordinary. 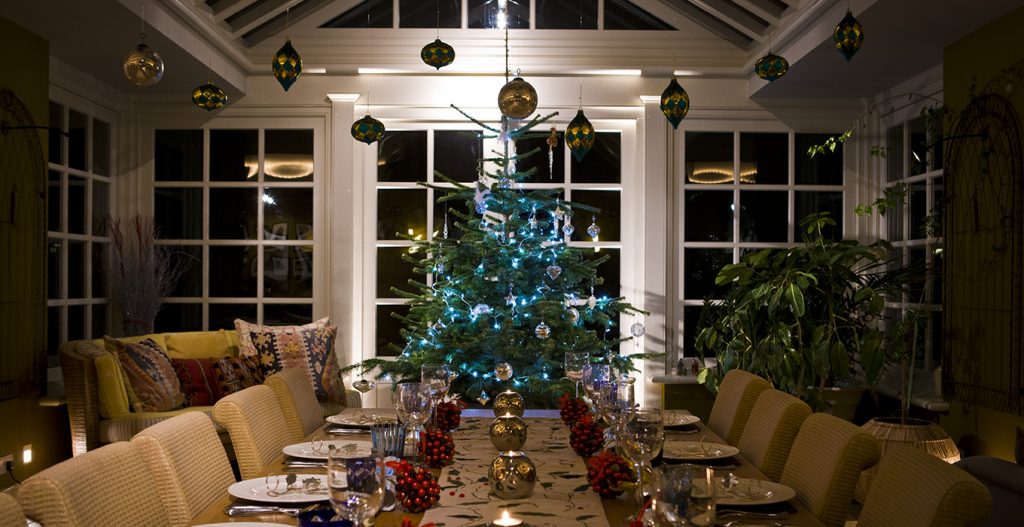 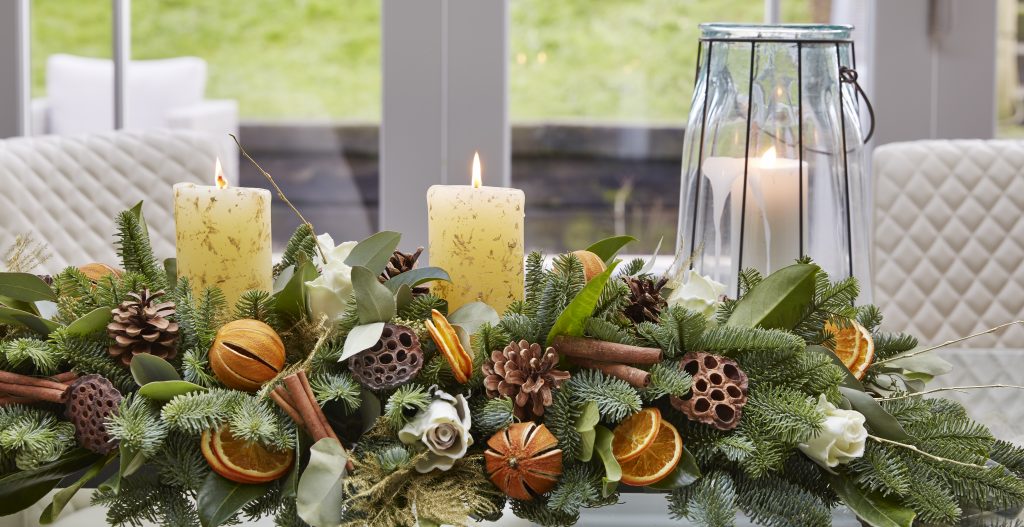 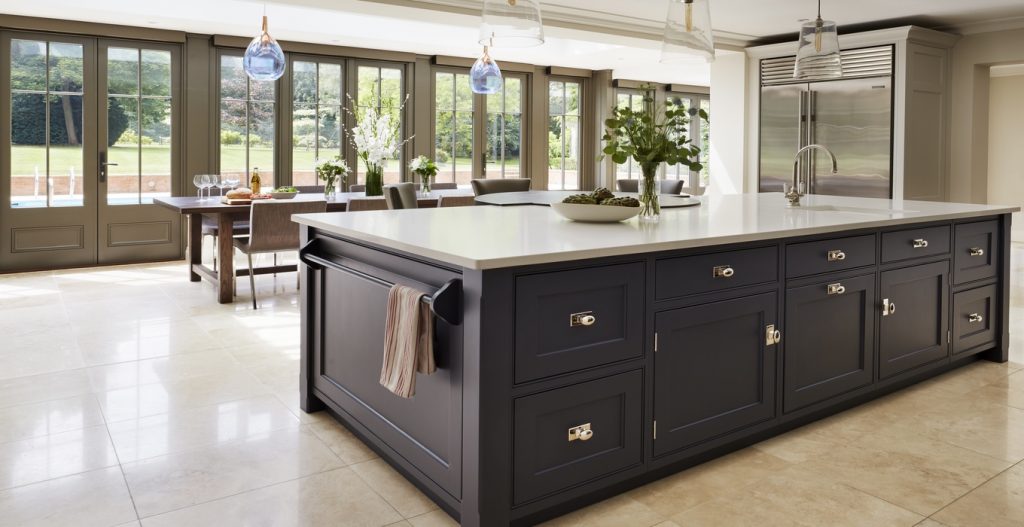